If I were to ask you to name an endangered species, you would probably be able to answer without any thought. But what if I asked you to name a critically endangered language, how long would it take you to think of an answer? Believe it or not, almost 50% of the languages spoken in the world are currently in danger of extinction. Linguists predict that every two weeks, a language dies, and that 50-90 percent of them will have disappeared by the next century. The United Nations has marked February 21 as International Mother Language Day, a day dedicated to safeguarding linguist diversity.

How do languages just disappear?

There are many factors that contribute to languages becoming critically endangered and eventually extinct. Oftentimes, people give up their native tongue for the more commonly spoken language in their environment. This is referred to as language shift. This is especially relevant among refugees, as they are pressured to integrate into the norms of their new society. In order to adapt and conform, they start using more of the local language and less of their mother tongue. Globalization can have a similar effect, as for economic purposes, people lose one language in favor of the more dominant and widely spoken lingua franca.

Historic events have also pushed languages to the brink of extinction. In the 19th century, the Canadian government forcibly removed Indigenous children from their families, placing them into residential schools. These schools were an attempt of aggressive assimilation, in order to eradicate Indigenous culture and language. Children were severely punished for speaking their native tongues, resulting in a case of linguistic genocide attributing to many Indigenous languages becoming obsolete. Canada is just one example. Other nations have also implemented harsh policies suppressing language, such as the cultural assimilation process of Russification or Turkey banning the Kurdish language.

What happens when a language becomes extinct?

When a language is lost, so is an integral part of a culture’s identity. Every language has an exclusive form of cultural, spiritual, and intellectual expression. As these forms of expression are misplaced, so is a sense of its people’s belonging. As a language vanishes, part of its speaker’s history does too, limiting the amount of information linguists can learn about it.

Did you know that languages are classified by their morphological typology?  These typologies group languages according to features such as word order, word formation, inflection, and so on. This helps linguists to differentiate languages based on their structural variety. As languages die out, linguists are deprived of valuable information contributing to the uniqueness of our world. Languages are encoded with invaluable stories, perspectives, concepts, beliefs, and an immense amount of knowledge its speakers acquire over time. Endangered languages hold important links to the past, and without that, entire civilizations of people lose an irreplaceable piece of where they come from and who they are.

Which languages are currently at risk?

According to UNESCO, 43% of the 6000 languages spoken worldwide are currently at risk of extinction. The Endangered Languages Project provides an online map showing endangered languages, as well as those which have already fallen dormant. The website also provides information on the number of speakers these languages have left. For instance, Portugal has three at-risk languages. One of those being Minderico, which is marked as severely endangered with only 150 active speakers remaining. Another shocking example is Cahuilla from California, which is even more in danger,  as it is currently spoken by only 6 people.

But that’s not uncommon. Many of the world’s Indigenous languages have less than a few active speakers remaining. Yagan, an indigenous language native to South America, has only one speaker left, 93-year-old Cristina Calderón. She has been named a living human treasure by UNESCO.  These are only a couple of examples out of the thousands of languages that are at threat every day, many of which will be erased, with little to no documentation of their existence.

How can we preserve endangered languages?

As the rate at which languages are being lost continues to rise drastically, many initiatives are being implemented in order to preserve them. Efforts are being put forth to include language learning programs for children in communities where languages are at risk of being lost. Other communities hold events, conferences, and workshops for the purpose of educating their members on these endangered language’s histories. Multiple organizations exist as well, which are solely dedicated to the preservation of endangered languages. The Endangered Languages Documentation Programme funds the deployment of linguists globally in order to document endangered languages by collecting audio and video recordings and creating archives. Wikitongues provides an online database compiled with audio files, videos, and lexicon documents for languages worldwide. Their website also allows individuals to upload additional videos, to help document and revitalize languages.

In her TEDx Talk, Mandana Seyfeddinipur, linguist and director of the Endangered Languages Documentation Programme at SOAS University of London, talks about the importance of linguistic diversity and why language preservation demands our urgent attention.

As a society, let’s encourage linguistic diversity by learning more about the uniqueness of other languages and cultures. Let us embrace the cause to protect one another’s mother tongue, the language which speaks directly to the heart. 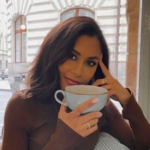 Sarah is a writer, editor, and team lead for the TEDxVienna Online Magazine. She moved to Vienna from Vancouver and studied Linguistics at the University of Vienna. She is a true social butterfly who loves attending events, running along the Danube, and travelling to new places.

#KyivNotKiev – how language can make a difference

Poetry of War – An Interview With Oksana Maksymchuk: Part 1

Is Language Discrimination Still a Thing?