It is difficult to live with the consequences of our actions and thoughts, especially when they are not what we expected them to be. This is exactly what the principle of accountability entails. It is living in integrity with our thoughts, words, and actions. It is accepting the responsibility for acts taken and the results of decisions made, taking ownership of our decisions by recognizing what we can control and what we cannot. Accountability prevents us from falling into the victim’s role and promotes awareness of how we feel and where we are.

Living in an uprising Cancel Culture

Cancel culture is the removal or “cancellation” of a person, organization, product, brand, or anything else because of an issue based on a real or perceived transgression. This cancellation is often done on social media in the form of collective shaming. Initially, this term was used as a survival technique for a boycott in the black community, and then entered the mainstream about six years ago. The central concern of this concept of revolt is the above-mentioned concept of accountability. However, today, while communities often call someone to account, the odds are still stacked against them, as they do not have the power to atone in any meaningful sense. Nonetheless, they can at least call for a collective boycott to try to assert their values against public figures who have great power and authority in society, and who sometimes through abuse of power and influence go unpunished after they have done something wrong.

The power I have is to ignore you, to cancel you.

Imagine if you woke up one day and felt threatened, minimized, and discriminated against by the author of your favorite book, how would you feel? Deep disappointment, sadness, anger, and every imaginable and unimaginable feeling could cross your mind. Then it’s clear that you would want to cancel this person, I wanted to bring this example back to light because sometimes it is difficult to empathize with the pain of others, it is difficult to understand many of the actions of others, and we tend to lose sympathy. In these cases, we are the ones who support not only the well-known author of the example but many other celebrities, politicians, and public figures of authority.  We are the ones deciding who influences us and how and when they get to do so. It is in our hands to ignore these influential people, stop idolizing them, and make them realize what they have done. This seems like a good approach, right? Then why write an entire article on the topic at hand? Well, everything in excess is not good. Although it is often difficult to strike a balance, this is a subject that cries out to be looked at under a magnifying glass. Addressing it is not to be avoided because no matter how much we try to hold these powerful figures accountable, the fine line of injustice is easy to cross.

Chapter ll: Evolving and its consequences.

Everything and everyone evolves as a part of being alive. Evolution brings with it painful changes that ultimately help us to move forward and grow. However, sometimes these changes seem confusing, and during their process of transformation, they can become distorted. This is also the case with cancel culture. Its roots have been clouded and obscured by different societal definitions of what we believe to be fair, different conceptions of responsibility, and of course the abuse of power. Its main function, the heart that drives this movement has been transgressed and it has become an overstated culture war movement that is divided into small groups with different interests.

In our fast-paced world concepts and opinions do not achieve objectivity, and that is fine, in fact in the subjectivity of things we can find richness that leads us to question ourselves and broaden our perspectives and this is where we encounter diversity. However, we do not live in a utopian world in which different opinions are heard, instead, we sometimes jump from one conclusion to another due to the fear of falling into the void. A stable bridge of good communication and deep listening is required to enjoy the subjectivity of different opinions. The debate on the culture of cancellation has become a way of communicating within a black and white binary framework of right and wrong and has moved past the grey scale. It is no longer about whether we can hold each other accountable or not, but about how we can ever forgive, how to not just blame, point fingers, cancel and move on, but to deepen, hold accountable, heal and move on.

Two sides of the coin

It is the collective demand for greater accountability of social systems that have long failed marginalized people and communities. Debates around this issue have exposed different considerations such as the consequences of bad public behavior when rehabilitating the reputation of a person who has been canceled, and who decides all these issues. On the one hand, cancel culture makes us more aware and helps us to expose cases of racism and sexism, think before we speak, consider the consequences of wrongdoing, and hold someone accountable for their statements or behavior.

However, after all the benefits this movement seems to bring, is it right to cancel someone? In the end, people are canceled but there is no change in mentality, the fear of cancellation is latent but is it a long-term solution?

On the other hand, people who demand accountability on social media seem to quickly fall into a state of willingness to manage punishment instead. In some cases, this becomes a mob mentality, that seems determined to inflict damage without leaving a cavity for change, without showing remorse or offering forgiveness, least of all allowing the very possibility that the mob itself may be misguided. The cancel culture then becomes an omniscient and dangerous specter, the over-attention to every published opinion and outrage is constantly activated, then trying to maintain a civilized discourse becomes a challenge, leading to unhealthy communication styles.

A world of self-censorship, mob rule, and binary communication.

“Being as critical of other people as possible, that’s not activism”

This movement that has gained a rise has slowly lost the fundamental value of making us aware of and responsible for our actions, making it inevitable that we will not suffer its dramatic effects. It has become a double-edged sword against our opinions, threatening our ways of communicating and endangering our ability to relate to others. Their development has leaned towards a binary discourse, there are two sides, either good or bad, either someone is on my team or they are my enemy”. American civil liberties activist and president of the American Civil liberties Union Nadine Strossen gave an example from everyday life where she found that students were so afraid of the Twitter mob that they self-censored.

How often do we feel vulnerable and prefer to remain silent for fear of expressing our opinion on a potentially controversial topic? The fine line of right has shifted to what is no longer right, to an internet mob mentality and defensiveness, to collective division and forms of miscommunication. The mainstream internet is very much about balance and exchange, however, people try to expel anyone who disagrees with them at all, instead of putting the spotlight on those who are discriminating and doing injustice.

Finding optimal solutions is always tricky, but how about shifting our perspectives and trying to employ a better approach?

There is room for the call-out culture.

The call-out culture focuses on making people aware of their wrongdoing but leaving space to learn and correct the action without immediately imposing a cancellation. The best approach before canceling someone, and even to help this movement work for the purposes it was originally intended for, is to refuse to create more divisions, to refuse to just focus on a binary style of communication, to avoid the lack of empathy and listening, but to transform conflict. It is about really questioning how we communicate without forgetting that we are still human beings. We have to be honest with ourselves about what is more beneficial, whether canceling someone with power for a short period really changes the structures of our society or whether it only contributes to the fast-paced world we find ourselves in. It’s not about action in record time that allows us to release anger and frustration for a few minutes, hours, or maybe just days. Rather, we have to ask ourselves whether these tactics really create change or if people are still sad and upset. We remain unhealed, we self-censor and censor the people we love, we create more obstacles for transformation, we create more punishments without analyzing the background, without proposing change. If we look at this movement from a more human point of view, it is true that once we want to heal from our traumas, it is never good to forget and move on as there must always be inner work, learning, and understanding, forgiving and then moving on.

The American lawyer and human rights advocate Daniel Kovalik said, “To cancel and move on, this does not change hearts and minds at all.” Canceling someone is half the work, and it is easier to cancel than to educate. We live in a fast-paced world, true, but let’s not become fast-paced, let’s take two minutes out of our busy lives to listen deeply, communicate assertively and then make someone realize why it is wrong and why a whole society is willing to cancel them.

Reviewed by Cosima Rudigier and proofread by Leen De Marez. 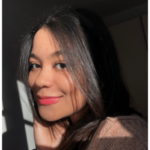 The Importance of Tax Justice: An Interview with Marlene Engelhorn at TEDxVienna On the Rise