A.A. Milne initiated the use of ‘heesh’ to refer to both a man and a woman as a collective pronoun, as in “If John or Mary comes heesh will want to play tennis”. While the creator of Winnie the Pooh might have used a third-person, non-binary pronoun in the 1930s, he was no social justice warrior, having floated the idea based solely on practical reasons – it can be tedious to use the phrase ‘he or she’ in a genderless situation. His literary woes could have been alleviated by the singular ‘they’, whose use first appeared in 1375 according to the Oxford English Dictionary. Chaucer, Shakespeare, and Austen are among the many literary greats who had patronized the singular ‘they’ pronoun, although this use is considered erroneous by some, such as The Chicago Manual of Style. Errant or not, the question here is: Do the third-person pronouns ‘he’, ‘she’, and ‘they’ suffice several centuries later in a world with an increased gender awareness and ever-changing social perceptions on the way we define a person’s gender identity?

Over the last few decades, we have witnessed a shift in replacing gender-biased words with gender-neutral ones – chairman becomes chairperson or simply chair, a fireman is a firefighter, an air hostess is known as cabin crew. Who could blame Canadian prime minister Justin Trudeau for jumping on the bandwagon in 2018 and telling an inquirer during a Q&A session to use ‘peoplekind’ instead of ‘mankind’ for more gender inclusion in a diverse community, only to be lambasted by social critics and having to apologize for his seemingly imperious suggestion? All these phenomena are modest but significant changes to address outdated generalizations in current times. With gender-neutral terms coming into practice, what follows are the gender pronouns. Calling for a non-binary pronoun to replace ‘he’ and ‘she’ is a progressive step in the recognition of a broad LGBTQ community.

Many LBGTQ student centers in American universities issue guides on the use of gender-neutral pronouns for more inclusivity of transgender identities. During the introduction in freshman year, the new students usually go through the social ritual of sharing their name, enrolled program, and their preferred gender pronoun (PGP). There are many third-gender pronouns in use, for instance, ‘e’, ‘ey’, ‘per’, ‘ve’ and ‘xe’, just to name a few. These pronouns can be used to refer to a gender-neutral person in the context of “Ey is studying psychology” or “Per likes chocolate ice cream”. The versatile ‘yo’ also serves as a generic pronoun that was first introduced in 2008 by a group of school children in Baltimore to refer to people whose sexual identity is not visually defined, according to researchers Stotko and Troyer at Johns Hopkins University. Like the pronouns that were mentioned earlier, ‘yo’ can be used casually in a sentence like “Yo is so hip”, instead of the binary “He is so hip” or “She is so hip”.

A smorgasbord of non-binary pronouns

Different guides have different sets of gender-neutral pronouns. There are usually overlapping pronouns in these guides and a few popular ones in use, and their usage is a matter of personal preference. In general, ‘they’ and ‘ze’ (non-binary) are often used to replace the subject pronouns ‘he’ and ‘she’ (binary), while ‘them’ and ‘zir’ (or ‘hir’) often replace the object pronouns ‘him’ and ‘her’. For example, when referring to androgynous model Rain Dove as a third person, instead of saying “He (or She) made a fashion statement with his (or her) provocative poses”, we could either say “They (Rain Dove) made a fashion statement with their provocative poses” or “Ze (Rain Dove) made a fashion statement with zir provocative poses.” The pronouns ‘they’ and ‘ze’ are only two such out of a vast array of different gender-neutral pronouns. The image below shows us some of the third-gender pronouns in different forms. This short list of third-gender pronouns is, again, likely only the tip of the iceberg.

Since there are myriads of third-gender pronouns, how do we know which ones to use? To avoid having any slip-ups or unintentional misgendering in social interaction, spokespeople for LGBTQ communities advise us not to assume someone’s identity and gender pronoun, always ask what their PGP is, and adjust our personal pronoun usage accordingly. Austrian singer Conchita Wurst/Thomas Neuwirth, for instance, who describes himself as gay and a drag queen, prefers to use ‘she/her’ pronouns when referring to his Conchita persona but ‘he/him’ pronouns when referring to himself.

Asking strangers for their PGP may seem like a tall order for some, especially when it is easy to assign the pronouns ‘he’ or ‘she’ based on one’s outward appearance, so why ask the obvious? Some may assert that a person’s pronoun should simply be defined according to the genital organ they were assigned at birth – ‘he’ for a boy who has a penis and ‘she’ for a girl who has a vagina. We surely don’t need more gender pronouns to further complicate our lives with, do we? And tough luck if they didn’t like what they were biologically assigned with, they will just have to live with it. Or do they? It is perhaps important to understand the condition of intersexuality, a term for people who are born with atypical chromosomes or sex characteristics. In other words, these people are non-binary and do not identify themselves as male or female. Hermaphroditism is the term used in the olden days, and though a rare condition in mammals, human hermaphrodites (or intersex people as they are more politely referred to in modern society) with genetic anomaly have existed since ancient times. Intersex people might have been conjured up by writers such as Anais Nin as exciting and colorful characters, however, these people were mostly perceived as freaks of nature shunned by society and often tried to hide who they were and assimilated quietly. Understanding people with intersex variations may afford us the empathy and acceptance toward transgender people or people with a non-binary gender identity.

Recognition of a third gender

In recent times, transgender people began to emerge in the media and we hear all about them in the news – Chelsea/Bradley Manning, Caitlyn/Bruce Jenner, Ellen/Elliot Page, and counting. We now have a heightened awareness that some boys are born in female-sexed bodies and some girls are born in male-sexed bodies. Just as the gay rights movement that reared its head at Stonewall in 1969, we are now witnessing a similar movement of transgender people – asking to be referred to using the pronouns that match their gender identities. In 2018, Austria’s constitutional court made a significant step towards the formal recognition of a third gender and allowed for the inclusion of more than the ‘male’ and ‘female’ options on identity documents. This move was the response to a request made by an intersexual person Alex Jürgen who invoked the European Convention on Human Rights to contend that the option of ‘other’ or ‘inter’ be introduced in civil documents asking for a person’s gender. After fighting a three-year legal battle for the recognition of a third gender, Jürgen now has a passport with the gender classification ‘X’ and a birth certificate indicating ‘Divers’ which translates as ‘diverse’ or ‘other’.

This legal move and the availability of the intersex address of ‘Mx’ as a third option to ‘Mr’ and ‘Ms’ demonstrate the acceptance and inclusion of LGBTQ people in society. Such a move also alters people’s perceptions and behavior towards the LGBTQ community. Genderless bathrooms have already started to sprout in Austrian universities, and at the same time society is becoming more informed on how transgender people are being referred to as third person in conversations. While some welcome the use of third-gender pronouns, others may argue that this push for personal pronouns such as ‘ze/hir’ and the gender-neutral title of ‘Mx’ is an example of a new political correctness or even hypocrisy, which is briefly discussed in this Huffpost blog post.

Politically correct or not, while we may mandate third-gender pronouns with good intentions towards non-binary and transgender friends and social acquaintances, we should be aware that sharing PGPs is not an unequivocal positive action. Some closeted LGBTQ people may not have the penchant to reveal their sexual identity and sharing their PGP is a form of outness. Discretion may still be the order of the day for some people. It also depends on the people we work and hang out with. If our social circle comprises mostly cis-gender friends, we may find the concept of third-gender pronouns a tad superfluous. On the other hand, if our profession requires a lot of interaction with the LGBTQ community, knowing the appropriate pronoun usage is essential. When in doubt, the prevalent singular ‘they’ would probably be the safest bet. Or we could echo Milne’s fuss-free ‘heesh’. Oftentimes, simply asking the question “Do you have a preferred gender pronoun?” may save us from some potentially awkward moments! 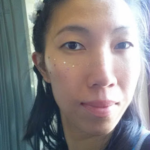