If you have watched F.R.I.E.N.D.S, you might remember how the show took a modern stance on motherhood.
**spoiler alert**
We saw Phoebe agreeing to be the surrogate mother for her brother and his wife. Then we saw Rachel as a single mother (at first). In the final season, we saw Monica and Chandler adopting from a birth mother due to their infertility.
As was the case for many, my first introduction to the concept of surrogacy was watching Phoebe give birth to triplets. It was beautiful. But not at all surprising considering how altruistic Phoebe was throughout the series.
However, just like abortion, this topic is very controversial. It tends to divide people. Surrogacy is a great solution for anyone who cannot conceive. At the same time, this “solution” raises several ethical and legal issues.

A short history of surrogacy

Surrogacy is not a new phenomenon. The first legal traditional surrogacy agreement was drafted in 1976 by Noel Keane. He is believed to “have helped roughly 600 children be born through surrogacy over the course of his career”. In 1986, the first successful gestational surrogacy took place.
Fast forward a few decades later, and both traditional and gestational surrogacies have become a common practice.  Countries like Georgia, Russia, Greece, Ukraine, and Iran allow both altruistic and commercial surrogacy. In the case of commercial surrogacy, the surrogate receives a pre-determined monetary compensation. Countries like Australia, the United Kingdom, Brazil, New Zealand, Canada, and The Netherlands only allow altruistic surrogacy. This means that the surrogate does not receive monetary compensation.
Other countries such as France, Germany, Finland, Iceland, Malaysia, and Japan have completely banned all forms of surrogacy. A large number of countries either do not have any legal regulation on surrogacy, or the laws regarding it are uncertain.

What are some of the pros? 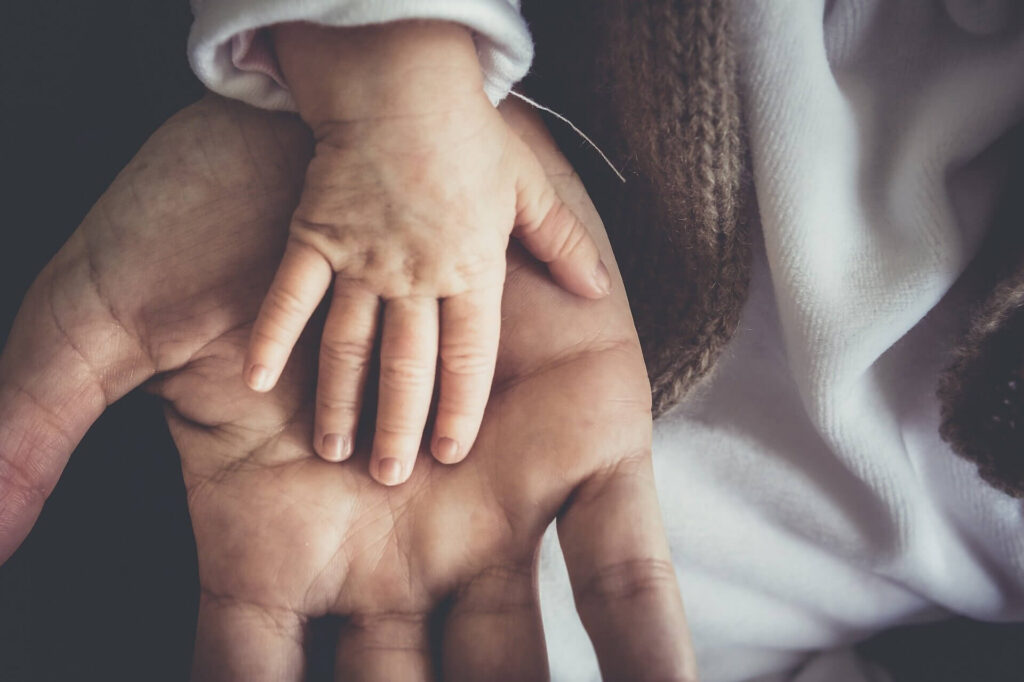 Women who cannot carry a child or couples who struggle with infertility can all become parents through surrogacy. People with medical conditions that make pregnancy risky or impossible as well as same-sex couples can also have their biological child thanks to surrogacy.
In some cases, one of the intended mothers can fertilize her egg with an anonymous donor. The embryo is then transferred to the other mother. That way, they can both be the mothers, even though the child will be genetically related to only one of them.
As you can see, there are endless possibilities. And all thanks to surrogacy. Decades ago this was not even imaginable. Yet, today surrogacy has become a global phenomenon.
“There are no precise figures on how many children are involved but as far back as 2012 the industry around surrogacy was worth an estimated $6bn (£4.7bn) a year. In the UK alone, the number of parental orders made following a surrogate birth has tripled from 121 in 2011 to 368 in 2018. The true number of surrogacy arrangements may be even higher, as there is no obligation to seek such an order,” according to an article by BBC.

What are some of the cons? 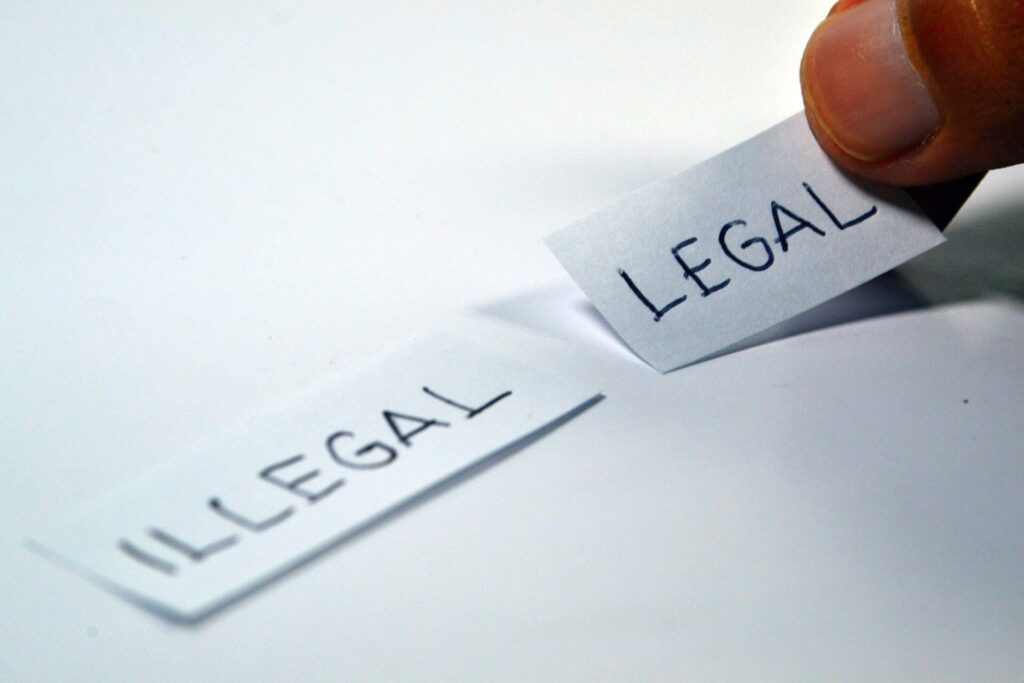 Many consider surrogacy a “miracle conception” and a great solution for all cases mentioned above. However, this solution is becoming yet another 21st-century human rights challenge.
According to the Center for Bioethics and Culture (CBC), some of the issues raised by surrogacy include “the rights of the children produced; the ethical and practical ramifications of the further commodification of women’s bodies; the exploitation of poor and low-income women desperate for money; the moral and ethical consequences of transforming a normal biological function of a woman’s body into a commercial transaction.”
Several shocking stories have been hitting the headlines during recent years. There was the case of baby Gammy with Down syndrome. Allegedly, his intended parents only took Gammy’s twin sister home to Australia and left Gammy back in Thailand. Later on, it was revealed that the intended father had been previously convicted for child sex offenses.
Then there are the cases of  “stateless” children. The baby Manji case in 2008 was also controversial. She was the biological child of a Japanese couple born to an Indian surrogate. The future of baby Manji was uncertain when her Japanese parents divorced before she was born.

Another form of slavery?

Surrogacy has also turned into another form of slavery. Cases like the trafficked tribal girls in India who were forced to act as surrogates and deliver babies for sale have shocked the world. Operating agencies are also making a large profit. They often target vulnerable women, especially those in bad financial conditions.
According to CBC, “surrogacy is another form of the commodification of women’s bodies. Surrogate services are advertised, surrogates are recruited, and operating agencies make large profits. The commercialism of surrogacy raises fears of a black market and baby selling, of breeding farms, turning impoverished women into baby producers and the possibility of selective breeding at a price. Surrogacy degrades a pregnancy to a service and a baby to a product.”

Is there a solution?

Completely banning surrogacy is not the answer. As we have seen until now, intended parents will continue to find a solution to their problem. If their home country does not allow surrogacy, they will seek help in other countries that allow it. Banning surrogacy will only push people to travel elsewhere, where the practice is allowed or completely unregulated. This in turn, can pose a great risk for all parties involved. The rights of the children, the surrogates, and the intended parents are left uncertain.
As surrogacy is gaining more and more popularity, it is crucial for the practice to be regulated. This way, the rights of the children born, surrogates, and intended parents, can be protected. The Permanent Bureau of the Hague Conference on Private International Law is currently “studying the private international law issues being encountered in relation to the legal parentage of children, as well as in relation to international surrogacy arrangements more specifically.”
However, considering the different attitudes towards surrogacy from country to country, it may be difficult to reach an international agreement. While legal and ethical dilemmas will continue to become more and more pressing, we have yet to see if an international agreement will be reached in the near future.

Photo credits: All images by Pixabay 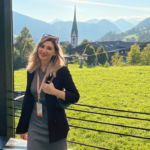 Juxhina is a writer, editor, and Co-Team Lead for the TEDxVienna Online Magazine. She has a Master of Science degree in Communication Science from the University of Vienna. When not engaged in research and content marketing, she likes to oil paint, read, and loves to travel any chance she can get.

‘Sharenting’ and Children’s Privacy Rights: An Interview with Stacey Steinberg at TEDxVienna UNTOLD

The Impact of Reproductive Technology on Identity: An Interview with Albert Frantz