Bad Fucking (pronounced “bahd fooking”) is not just the title of a 2013 Austrian comedy film (based on a novel of the same title by Kurt Palm), but also the former name of a village in Austria which the film is based on, a town that has sensationally drawn countless tourists from around the world. The village’s moniker is obviously the butt of the joke which the English-speaking media cannot get enough of, much to the exasperation of its residents.

Fucking was named after a nobleman named Focko in the 6th century.

Now, given the English word “fuck” did not come into existence until the 13th century, the Fucking village was not named simply to antagonize the English speakers. The Oxford English Dictionary suggests that “the first definite evidence for the word comes from a 1528 manuscript found in Oxford”, although historians have also come across titillating surnames related to the term, including John le Fucker (in the year 1278), Fuckebegger (1287) and Simon Fukkebotere (1290). But all these were discovered seven centuries after Fucking had been officially erected.

Much to the irksomeness of its residents, the Fucking joke never gets stale. Even Graham Norton jumped on the bandwagon in 2008, who called the unsuspecting Austria Tourist Office on-air during his talk show to mockingly enquire about… Fucking (with the seemingly innocuous English pronunciation).

Norton introduced to his audience a much-circulated photo on the internet containing the town sign Fucking and mounted below it, a smaller sign with the image of two young children, a boy and a girl – likely that of a School Zone sign – and the words “Bitte nicht so schnell” (English translation: Please, not so fast).

Then on the telephone, Norton asked “Is Fucking good in winter?” to which the Tourist Office matter-of-factly responded “It may be a little cold there. Are you coming?” That sent his audience into roars of laughter. Obviously, that gave double entendre a good run for its money. And the joke was (once again) on the Fucking village.

Unfortunately for the curious and adventurous English-speaking tourists, the residents of this quaint little village have had enough of their town’s heteronym (same spelling, different meaning and pronunciation) and the constant theft of the Fucking town sign, even when securely mounted on with chains, that they decided to rename it to ‘Fugging’ on January 1, 2021.

As if they couldn’t wait to get rid of their former moniker, the Fucking Wikipedia page underwent a fast and stealthy change. By the wee hours of the New Year’s morning, Fucking was effaced and the brand-spanking-new name Fugging has been tagged to the village. The mayor and the residents were done with Fucking.

“I can confirm that the village is being renamed,” Andrea Holzner, the mayor of Tarsdorf, the municipality where the village of Fugging is located, told local media at that time before the change. “I really don’t want to say anything more — we’ve had enough media frenzy about this in the past.”

The Fucking mayor, like the Fucking residents, had had enough. Bad Fucking in Austria is now a thing of the past.

Though not in a notorious way like Fucking/Fugging, there are other townships in Austria that emerge as funny or odd through the eyes and ears of English speakers.

In Upper Austria:
Rottenegg
Bad Hall
Mining
Pram
Tollet – Nothing wrong with this one, but from a distance, it looks like a giant bathroom signage.

In Tyrol:
Assling – The act of loafing around.
Fliess – Looks like a double dose of flies.
Grins
Pill
Rum
See
Sellrain
Spiss
Wängle

Toponymy refers to the study of geographical or place names, of a particular region.

We see many town names in Austria which begin with quintessential prefixes or end in typical suffixes. For the uninitiated in the German language, these prefixes and suffixes often mean different geographical features, for instance, the German ‘Bad’ in this context means a small township with a spa or bath. So ‘Bad Aussee’ means ‘the spa township of Aussee’. (And not a place where misbehaving Australians are sent to.)

These Germanic toponyms are the names given to places by Germanic peoples. Many regions with previous Germanic influence, such as places in Northern France, Wallonia, Poland and Northern Italy, still have Germanic toponymic elements.

Delving deeper, there is also another set of toponymy called the German toponymy (not to be confused with Germanic toponymy forementioned). Here, this toponymy (prefixes and suffixes) explains some of the popular and common names of the towns we often see in Austria.

Getting acquainted with these German prefixes and suffixes will render a better understanding of that locality and probably the rich history that comes with it.

For instance, ‘Loosdorf’ means Loos village (‘Dorf’ is village in German). It is hardly about a lavatory village, in fact, an internet search may point us in the direction of Hans Wilhelm von Losenstein, an influential landlord in the 16th century. So the town might have been named after him, and there is nothing sanitary about Loosdorf at all. It is also not pronounced the way English-speakers tend to say, but as ‘lohs-dorve’ in German.

‘Höllental‘ may translate to valley (‘Tal’ is valley in German) of hell (‘Hölle‘ is hell in German), but a history search of that region shows that the name does not come from the word hell (Hölle), but from the word cave or hollow (Höhle), or possibly wild river (Höle – old German). Höllental is a beautiful limestone gorge in Lower Austria, and there is nothing diabolical about it. Aptly, it likely means ‘wild river valley’.

Going a step further, what if we decide that this is all too hard and wonder if there is an easier way, a.k.a English version, out of those dastardly German toponyms? Certainly. As we know it, the English exonym of Die Donau (Fluss) is the Danube (River), and the German endonym of Vienna is Wien.

From endonyms to exonyms: Steiermark is Styria, Kärnten is Carinthia, Tirol is Tyrol, München is Munich, Köln is Cologne, Luzerne is Lucerne (and now you understand the reason for confusion with the alphabets, just like Hannover is Hanover), Schweiz is Switzerland, and Bodensee is Lake Constance. Genf is Geneva, which doesn’t ring any bell at all if you don’t already know the city’s name in German, despite sharing the same first three letters.

There is a list, however, it only shows the most commonly-known countries and cities. If we were to have a complete list of English exonyms for all German towns and villages, it would be a painstakingly long list, if there even were any toponymist who would create one. Therefore, an English version of the village Fugging, or the town Bad Aussee, doesn’t seem to exist. At least, not for now.

Don’t be a stranger

The knowledge of German toponymy may afford one a better connection with the locality and less intimidation by the foreign words. Town names will not sound as bizarre, vulgar, sexually suggestive or explicit. And the locals would appreciate that you know a little more about their town than just what is given at face value.

So the next time you are in Salzburg, try striking up a conversation with a Salzburger: “So I’ve seen the Burg (castle) in Salzburg, but where did the Salz (salt) come from?” You might have then just signed yourself up for an intriguing banter, a very different one from that of Bad Fucking.

Reviewed by Sarah Guvi and proofread by Ashley McCarthy 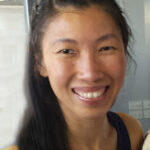