The trade of goods and services has dominated world economies for centuries. Yet what happens when institutional power initiates and controls an unequal distribution of materials? The export of plastic waste to low-income countries has become a reality along with the concern for plastic waste management when the leaders of the World Bank found it sensible to ‘‘correct an inefficient global balance in toxicity’’.

The idea of exporting plastic waste has been around for more than 30 years, yet only in 1989 the Basel Convention was created in order to control the ‘‘ international waste trade in response to cases of hazardous waste dumping in Africa, Asia and the Caribbean‘‘. This mission, unsatisfactorily fulfilled, ended in many developed countries continuing to dump their plastic waste in developing countries.

‘‘I think the economic logic behind dumping a load of toxic waste in the lowest-wage country is impeccable and we should face up to that. . . I’ve always thought that countries in Africa are vastly under polluted; their air quality is probably vastly inefficiently low compared to Los Angeles. . . Just between you and me, shouldn’t the World Bank be encouraging more migration of the dirty industries to the Least Developed Countries?’’

Does that sound like a conceivable scenario in a world that pretends to share a commitment to ‘‘reducing poverty, increasing shared prosperity, and promoting sustainable development?’’ I’ll leave it to you to find a definite answer to that.

Which countries are the top importers and exporters of plastic scrap?

The leading countries with the highest waste mismanagement rates (> 5%) are listed to be Turkey, Malaysia, Vietnam, Thailand, Indonesia, India, and Hong Kong.

What happens to plastic waste imports?

Out of the 7 types of plastic, only 2 of them can get recycled, i.e., polyethylene and polystyrene, also known as #1 and #2 plastics respectively. The rest of the plastic waste often ends up in landfills, being incinerated in violation of local laws, or in the ocean. This is due to not sufficiently recyclable plastic, food-contaminated and mixed materials being thrown away. On top of this, a study that measured the ‘Production, use, and the fate of all plastics ever made’ found that by 2015 only 9% of the 83 million metric tons of plastic ever produced globally has been recycled, while 79% has ended up in landfills and 12% incinerated.

These nations have recently risen to protests against the further import of plastic waste. The cause of problems is not the clean plastic that can be crushed into pellets and resold to manufacturers, mostly in China for further production, but the impure forms of plastic such as ‘‘soiled food packaging, tinted bottles, single-use plastic bags’’ that manufacturers refuse to accept and that ‘‘requires too much processing to be recycled cheaply and cleanly.’’

In response to the criticism of the export of plastic scrap, two researchers in the US analyzed the 11 years of data on the global plastics trade against economic measures for 85 countries. What they found, to the surprise of some people, was that despite the environmental harm caused to those communities that manage the plastic garbage, the GDP per capita of the receiving countries was facing an equivalent growth. Yet, no association was found between importing waste and economic growth for the high-income countries.

What other repercussions does the process of the global plastic waste trade carry?

Less stringent pollution controls result in many consequences for the importing countries, especially those facing low waste management. These side-effects take many forms, most of them being:

Along with the harm to receiving countries and their populations, the trade of plastic waste produces other damages worldwide. The resulting CO2 emissions from the shipment of plastic scrap outweigh the pretended environmental benefits of this process. To accurately imagine the harmful by-product of global trade, a statistical figure describes the losses of this transaction. The state of California ’’shipped the most plastic waste to countries with high waste mismanagement: 78 million kg. This included 6.6 million kg to Turkey – a nautical distance of 11,301 miles away. The carbon emissions of sea freight of California’s plastic waste exports to Turkey alone are equal to the annual carbon emissions of 364 U.S. cars.’’

Moreover, the waste trade does not pose great health risks to developed countries, but rather it causes unnecessary problems in those countries where the waste management is not tackled with great austerity but is poorly regulated.

“They have become a dumping ground”

Why is it important to keep discussing the issue of plastic trade?

Because it still has not been brought to a halt. Many countries such as the US that sell plastic waste to equally high-income states, like Canada and South Korea, overlook the management of their exports, as the materials are later sold to other countries with high waste mismanagement rates. As such, the loosely regulated waste trade perpetuates a vicious cycle that by no means contributes to the reduction in CO2 emissions.

The effects of climate change produce incremental damage around the world, affecting those who are disempowered, unfavorably displaced, and financially constrained, thus resulting in what Rob Nixon calls part of the ‘Slow Violence’.  As a result of this catastrophic yet slow degradation of resources and living standards, environmentally devastating events do not make it to the headlines leaving the voices of these populations silenced.

As individuals, we hold the power to bring changes to these trends created by the greatest producers of plastic around the world. To best keep them accountable, it is important to keep our eyes peeled on the recycling symbols on the products we buy and educate ourselves about the process of recycling in our countries. Pure plastic is the only form that can undergo recycling successfully and being oblivious to what criteria defines this type of plastic can result in poor recycling. How to handle all of these requirements? The simplest solution, along with taking direct action against those retailers, would be to buy ‘‘as if nothing gets recycled because that’s pretty much what’s going on’’.

Photo by Vivianne Lemay on Unsplash

Reviewed by Sarah Guvi and proofread by Leen De Marez 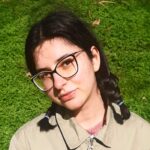