Glacier melting caused by climate change and its threats – like rising sea levels – is something most of us are well aware of. Climate activists, city planners, and mainstream media – to mention a few – keep us updated and informed. But most of us, above all myself, might not be aware of the fascinating science around glaciers, ice sheets, and the landscape underneath it – and how it helps us understand the dynamics of it and guides us toward making better decisions in the future.

One person who can take us along this field of science is Mathieu Morlighem. He is a Professor at the Department of Earth Sciences at Dartmouth College and received awards from NASA (in 2011 and 2014), the International Association of Cryospheric Sciences (in 2015), and the European Geosciences Union (in 2018) for his research. Another award he received, his profession as a modeler, main takeaways from his talk, the still untold, and much more were the topics of our interview at the TEDxVienna Untold conference on October 23rd, 2021.

If you haven’t seen his amazing TEDx talk “The secret landscape buried under the Antarctic ice sheet“, I highly recommend watching it.

Mathieu, how can your research be used to make a change in your opinion?

We hear almost every day stories about Greenland melting, the Arctic sea-ice now opening in the summer, etc, but for many people, it is just so far, so distant, that they don’t realize it will sooner or later affect them in their daily life. What happens in the Arctic and in the Antarctic is not something that most people can see with their own eyes. I see my research as a way to inform the public about what is happening in the poles, how it is already affecting people around the World, and how our actions today can buy us some time.

The situation is particularly dire for Florida, South-East Asia, or Pacific islands that are very vulnerable to sea-level rise. I try to show and explain how everything is connected, how our decisions as a country also affect other nations at the other end of the World. We like to say that “What happens in the Arctic does not stay in the Arctic”.

During your talk, you said that one of your key ingredients for successful research is collaboration. How did you build up your team and how did you succeed in bringing different research methods together to such a successful model?

I have been incredibly lucky. I was at the right place at the right time with very special people: I was at the NASA Jet Propulsion Laboratory. It is a laboratory in California that is famous for its martian rovers like Curiosity and Perseverance, but it is also in charge of dozens of spacecraft orbiting the Earth and monitoring the oceans, the atmosphere, and the ice sheets. I am an ice sheet modeler: I make computer models of how the ice changes as climate warms. Working at NASA, we were pushed to work very closely with observations collected by these satellites.

The goal of my work was to try to have the model fit observations as much as possible. If the model disagrees with observations, we must be missing something. Is the ocean warmer than what we think? Is the ice more fractured? So, I was in a way in the perfect place, at the right time, where people were analyzing data. Models are incredible tools because they help us understand what we are observing today but also make projections about the future.

What I understood during your talk was that there are different factors that influence how fast the glaciers melt. So for example, I took up weather phenomena, the greenhouse gasses but also the landscape underneath. Is that correct?

The bedrock determines how bad a scenario may be, if we destabilize a glacier.

Is it easy to distinguish between these different factors? Because the melting is down to carbon dioxide and the other factors are side factors of how fast it changes?

What I find fascinating about numerical models is that they make it possible to answer these questions. We can run many different scenarios and see how the ice sheets respond. We can say: what happens if we do not increase CO2. Is the glacier still going to retreat? What happens if we make the bed flat and increase CO2. Is it going to retreat? We can try different combinations and identify the series of events that may ultimately lead to the disintegration of a glacier. We can also quantify what we should do, in terms of limiting our use of fossil fuel, to avoid some of these catastrophic scenarios. In real life, we don’t want to run experiments! That’s why computer models are so powerful in helping us make informed decisions.

Coming back to you as a researcher. What’s next for you? What is left on your research bucket list?

[In my talk], I present my work as if everything was resolved. But this is really far from the truth! There are still many regions, like the interior of the ice sheet, where the topography of the bedrock is still very much unknown. We have to use other techniques that are less accurate and we are still missing critical details in the bed topography. Numerical models are doing a better job at reproducing what we see in terms of glacier change, but they remain an imperfect representation of reality.

There are some regions of Greenland, for example, where models gain mass, where the ice is thickening. We have observations from satellite altimetry, and from many other methods – they all show unequivocally that these regions should be thinning. So we still have a lot of work to make our models more accurate and more reliable. Right now, we are working on iceberg-calving, which is the process by which icebergs form and are released into the ocean. If the rate at which icebergs form is too large, the glaciers retreat and the ice sheet loses even more mass, so it is a very important process to represent accurately in models.

You are in the position where you are doing the modeling and bringing together the data. Would you also, if you could, go on a field study?

I have been working in this field for 14 years, but never set foot on Greenland or Antarctica. So I’d really love to go! The problem from a modeling perspective is that going in the field gives you one data point, but modelers need the full picture. Most modelers do not go to the field but use satellite observations. From a personal perspective though, I think it would be very beneficial to see real ice in real life. The coast of Greenland and the Antarctic Peninsula are particularly beautiful. But if you go in the middle of the ice sheet, it is just flat and white, and it is a bit boring… So I would love to see the coast of Greenland or Antarctica.

Discovering the lowest point on landscape earth – this sounds like an adventure. Like something that should not happen these days because everything was discovered already. But you discovered this. What was it like and how did you celebrate it?

I was a bit worried about claiming something that was not true. So I had to triple check everything: I re-ran the calculation with different data sets to make sure that this estimate of 3.5 km below sea level was robust. In a way, I was not particularly excited about discovering the deepest point on land.

I was a lot more excited about seeing the whole landscape than one single point.

I mean, from a research perspective – it’s cool but it’s not gonna change my life. I realized that it was a big deal when the Guinness World Record contacted me and said “We just found out about this! We’re gonna send you a certificate.” My kids got really excited…

Did something remain untold that you want our readers to know?

Oh absolutely. We have a much better idea of what this landscape looks like, but a lot remains untold. We have not cracked the nut entirely. There are many places where the uncertainties are still very large and we are missing important details in the topography. We have to remember that the fine-scale details really matter for the overall stability of the ice sheet. If we have a small bump under a glacier, it may slow down its retreat.

If people take away one key message from your talk. What should it be?

The conclusion of my talk is the most important part: Yes, we found beautiful features in the bed and we can model glaciers better, but their fate ultimately depends on our decisions today. Or yesterday…

Want to learn more about the fascinating world of the landscapes under the ice sheets? Listen to Mathieu’s TEDx talk at the TEDxVienna Untold conference from October 23rd, 2021. 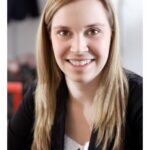