I happened to stumble on a Reddit thread a few weeks ago where an anonymous poster stated:
“If I have an appointment scheduled, I literally can’t do ANYTHING productive in the time before it”,

and I have not related to ANYTHING more in my life. Alright, that may have been an exaggeration but judging by the comment section, I wasn’t the only one. What’s interesting is that this experience appears to lack a proper term or definition and there seems to be very little research about the psychology of why this happens.

As an example, take our fictional character Sue. Today, she wakes up at 7 in the morning and reaches over to her phone to check her calendar for the day, even though she’s already very aware of the fact that she’s made lunch plans with a friend at 11. As work has been quite busy, it would be wise to attempt to be a little productive before the appointment. However, Sue calculates that she will need approximately 1 ½ hours to get ready and make her way to the appointment (whether that is accurate or not is an entirely different question), leaving ‘only’ 2 hours to get into a focused work space, considering she’ll also have to shower and eat breakfast prior to getting started. Before she knows it, she’s been anxiously anticipating said appointment all morning, even though it was something she was looking forward to, and has managed to get absolutely nothing done. This leaves Sue feeling useless and annoyed. However, once the appointment is over and the rest of the day appears open-ended, a weight lifts off her chest. Perhaps she can get some work done now?

Procrastination or something more?

While it may be tempting to refer to this as a classic case of procrastination, the question remains if the term really cuts it. Procrastination is defined as ‘the act of delaying something that must be done, often because it is unpleasant or boring’ and we know from personal experience that there are a variety of tactics with which to do so. That might involve convincing yourself that you absolutely need to organize your Tupperware drawer by colour, that the car needs a wash, despite it having been recently cleaned or simply that you don’t have the time right now, though that may not be the case. Even so, many users in the original thread associated their experiences with feelings of anxiety or disquiet in respect to future appointments and often felt unable to do much else but wait in some sort of limbo. At this point it may be worth asking where the anxiety truly originates.

For the most part, it didn’t appear that social anxiety was the root cause, especially in plans involving close family or friends. Upon researching if anxiety could originate from scheduling itself, I came across the term ‘appointment anxiety’, which seemed to predominantly describe the anxiety experienced prior to making appointments, particularly ones that make individuals feel vulnerable, such as health screenings. The author also suggested that the anxiety experienced might not stem from the type of appointment itself but simply a busy schedule, which again, may not necessarily fit the context of the example described above. Could these experiences be better explained by a skewed perception of time?

A study from 2018, which investigated the consumption of unscheduled time between tasks, may shed some light on the topic. It was found that across eight different experiments, consumers subjectively perceived that they had less time before an appointment and as a result, performed fewer tasks and were less likely to engage in bigger projects despite having enough time. This is sometimes referred to as ‘time anxiety’, which in this article, is defined as the anxiety experienced by individuals who perceive a lack of time in 3 distinguishable areas:
1) Over the scope of a day – making us feel overwhelmed and stressed by whatever it is we have going on and need to do,
2) In the scope of the future – making us wonder about the ‘what-if’s’ of tomorrow and finally,
3) In the scope of existence (aka existential crisis) – making us realize that our time on this planet is finite and feeling pressured to spend our time wisely.

Your worth is not measured by your productivity

While it’s hard to say if time anxiety is a contributing factor or the closest possible term to the experiences described in the original thread, we do know that in today’s society, being busy and stressed is seen as a sign of success. Lacking in productivity can often lead to even more feelings of frustration and anxiety. In the long run, this may even impact an individual’s feeling of self-worth. In such situations, it’s important to remember that everyone has their ‘off-days’, which is totally fine. Additionally, the online community has come up with some great coping mechanisms for those who can relate. These include:
– Scheduling all important tasks early in the day to avoid stressing
– Stacking smaller tasks which complement each other and contribute towards a bigger goal, such as writing emails and updating your calendar
– Reflecting and meditating, which means taking a pause to acknowledge how you feel and attempting to understand where those feelings originate
– Setting lower expectations
– Following the motto ‘every bit counts’ and not getting down on yourself if you can’t finish a larger task in the allotted time

And finally, a suggestion which I consider my personal favourite: allowing tasks to sneak up on you. That doesn’t imply that calendars, schedules or any other form of planning go out the window. In fact, they’re supposed to help! It simply refers to finding a means to distract yourself and avoid over-focusing on any upcoming appointments which may paralyze you into inactivity all day.

Have you experienced something similar and how do you deal with it? 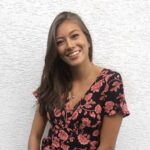 "The Secret of Your Future is Hidden in Your Daily Routine"