As we approach the end of Women’s History Month, UN Women has highlighted a particular topic on International Women’s Day 2021 and throughout this month: Women in leadership: Achieving an equal future in a COVID-19 world.

No longer than a week ago, as the Commission on the Status of Women 2021 began, UN Secretary- General’s report drew attention to the persisting issue of women’s underrepresentation in decision-making processes and leadership positions. Out of 193 countries, only 22 have women as heads of state or government. Only about a quarter of national parliamentarians worldwide are women. The report also revealed that, worldwide, the women health workers at the forefront during the pandemic are confronted with an 11% pay gap compared to their counterparts.

This year, the World Economic Forum published its annual Global Gender Gap Report, titled: ‘Mind the 100 Year Gap’, and revealed that gender parity is far from being achieved for another 99.5 years.

Furthermore, a research study recently set the social media platforms on fire, emphasizing the overwhelming gaps in the European labor market that remain despite the tremendous efforts of women from all backgrounds. The report on ‘Best Countries in Europe for Women to Work’ led to many discussions. While some seemed to be in denial of their countries’ low rankings, many women shared it as the ‘disappointing truth’.

Gender Gaps in the Largest Economies of Europe

Reboot Online, a marketing firm, compared 30 countries in Europe on major factors that are indispensable in advancing women’s economic equality, including access to leadership positions, maternity leave policies, and the gender pay gap. Data analysts cross-referenced and analyzed reports as well as some studies from the European Institute for Gender Equality, Global Gender Report 2020, and the World Population Review. Each country was assigned points from each of the three categories: economic opportunities, women in leadership, and maternity leave packages.

Germany and France, two countries with the largest economies in Europe, were among the worst-performing countries in terms of gender equality in the workforce and pay. The results came as a shock to many, who were barely aware of the overwhelming inequalities faced by the ‘marginalized’ groups in the developed countries.

Austria, on the other hand, scored just above 72 points, making it the 3rd worst country for women to work, after Portugal and Turkey.

The Gender Pay Gap, also known as the wage gap, is one of the best-known indicators of economic inequality between genders, as it refers to the difference in earnings between men and women. Researchers calculate this gap in various ways, for instance, based on an hourly wage or the difference of earnings for the same qualifications.

Regardless of means and methods, the consensus remains the same: Women consistently earn less than men, and in addition, the gap widens for women of color. For more than a decade, Austria has been one of the EU countries with the largest difference in earnings between women and men. In the extensive report published by Eurostat in 2019, the gap was once more made evident. Austria was below the EU average of 14.1, with a gender pay gap of nearly 20%.

Gender Disparities in the Labor Market

In Austria, 51,2% of the population are women. According to Statistik Austria, in 2018, female students outnumbered male students in almost all fields of study since 55,4% of all university graduates are women. Despite these impressive statistics, Reboot reveals that the percentage of women in Austria employed in executive roles account for only 5.35%. Moreover, while 65% of all women in Austria are employed, half of them work under atypical employment contracts such as part-time arrangements.

Considering that women make up half of all higher education graduates as well as half of the country’s labor force, there is an undeniable inequality in the distribution of leadership roles and economic power.

When it comes to accessing promising job opportunities, women in Austria are discriminated against their gender, but also on additional factors such as class, race, ethnicity, and religion.

Lack of diversity in decision-making is another major issue. In October 2019, the National Council succeeded in reaching its highest number of women representatives with 39% of the entire parliament. Despite their success, with 72 female representatives, they are still 20 representatives away from achieving gender parity in the parliament. To go beyond looking at overall percentages, Austria lacks to address the inequality from an intersectional lens. Only 7 representatives are women with migration backgrounds.  Could equal numbers be considered gender equality if they don’t ensure equal rights and access for women from different backgrounds?

Austria, which is one of only a few countries in Europe that offers mothers their full salary for the weeks that they take maternity leave, should do more to protect women’s rights and equality outside of policies that support traditional gender norms and family values.

Gender inequality is overwhelming in Austria as well as in the world’s largest economies like Germany and France, and it is about time to acknowledge and challenge the gap in our society.

Against all odds, women around the world are leading movements and campaigns that address justice, diversity, and equality that all succeed. The MeToo movement started under the leadership of  Tarana Burke. The Black Lives Matter movement was started in 2013 by Alicia Garza, Patrisse Cullors, and Opal Tometi. Most effective governmental responses to the COVID-19 pandemic have been led by women heads of governments.

When women lead, we all succeed. 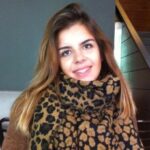