Laura Nenzi, PhD, is a project assistant and Postdoc researcher at the institute for computer engineering of the Technical University of Vienna. In late October this year, she earned the Hedy Lamarr Prize for her research project in the field of formal methods. I had the chance to dig a little deeper into the fascinating matter, and Laura’s personal connection to Hedy Lamarr.

Miss Nenzi, just last month you were awarded this year’s Hedy Lamarr Prize in the field of information technologies. How does it feel knowing your hard work has paid off?

I work in a relatively small field of computer science, Formal Methods, which is not that known to people outside of this field and even less known to people outside of the scientific community. So, for me, it was a surprise receiving a prize awarded by the City of Vienna. Furthermore, I was amazed by the media coverage I had with this prize. I was surprised by people’s interest in my story and my thoughts, and I felt the responsibility of each word that I was saying. From the scientific point of view, this prize gives me the hope that what I am working on, mainly theoretical, can be applied to real-world problems in the future.

I read that you are, quite similarly to the late Hedy Lamarr, into theatre and acting beside your scientific research. Does winning this particular prize have an impact on you on a personal level, considering Lamarr’s legacy? Might these two seemingly contrasting interests have unexpected similarities?

I discovered the story of Hedy when I received the nomination for the prize. I still remember my feeling when I got the news and when I searched who Hedy was. I could not believe that I was nominated for a prize dedicated to an actress that was also a great inventor. I always felt myself half scientist and half artist, and I try to carry on both. I started to play theatre 18 years ago. There was even a moment in my life when I considered the possibility to become a professional actor. For a long time, I felt these two passions as two distinct parts of me, almost antagonist: one rigorous and logical, the other irrational and emotional. They, in some sense, loved and hated each other. However, in the last few years, I started to change my feelings. I began to realize how one could help the other. For instance, I realized how acting could help me in being confident presenting my work. Furthermore, in 2019, I started to work on Scientific Theatre, where I am trying to present some scientific concepts on theatre stages. I believe that it could be a promising way to make scientific topics accessible and exciting for the general audience.

In your research, if I understood correctly, you are combining computer science and ‘deep mathematics’ to construct a language which is able to explain models of machine learning. Could you give our readers a little insight into what exactly sparked your interest in this particular research and what processes were involved in reaching your results?

My main area of research is Formal Methods. The first time I approached it was during my master thesis in Mathematics, where I applied this approach to recognize patterns on small biochemical networks. I was so fascinated by the topic that I decided to explore it further with a PhD. Formal methods are a small computer science area where formal languages are designed to specify and verify systems.  The idea behind is to have a rigorous, not ambiguous, but readable way to describe complex systems and their behaviors. More specifically, I work with temporal logics, which are formal languages to describe systems’ dynamics.

As an absolute amateur in this field of research, how could one grasp this concept?

Let us consider the Vienna bike-sharing system as an example, where we have several bike stations. Each station, at each minute, has a certain number of bikes and free slots.  All people in Vienna will be happy to know that “it is always true that everywhere, meaning in each station, there is always at least one bike.” This behavior that we describe in words can be translated in a temporal logic formula.  The challenging and exciting part of these methods is then to design efficient algorithms to check in an automatic way if or when the system satisfies the formulas. Models developed using machine learning techniques are known to be often black box models that suffer from unexpected behaviors. The use of formal methods to better understand and control such systems, and make sure they work as we would like, is an emergent research field. During my post-doc at the TU Wien in 2018, I started a collaboration with a group at the WU. We participated together in Young Independent Research Group program, run by the FWF in collaboration with the ÖAW and we won one of the grants with the project: “High-dimensional statistical learning: new methods to advance economic and sustainability policies“. In this project, we investigate how the research streams of Bayesian econometrics, formal methods, and machine learning can be combined and integrated to create innovative and powerful tools for analyzing big data in the social sciences.

Artificial Intelligence includes technology used in everyday situations, often gone unnoticed by the users themselves. How do you think we can make the complex science behind those technologies more accessible to the public?

This is a tough question for which I am not sure I have the right answer yet.  For me it is still an open question what level of depth the user needs to know about technologies and the boundary between insiders and users. I feel that the most important thing that people should know about technologies is that there is no magic behind them but humans. They should be aware that behind each technology, there is an algorithm designed by humans. Recently, I saw two interesting documentaries about this topic: Coded Bias, about the bias within facial recognition programs, particularly against people who are not like the white men who originally formed such technology, and The Social Dilemma, about the “choices” of the social platforms to make the user more addicted. Making something interesting for people who do not care, well, this is an even more challenging question.  In my small way, I try to contribute by explaining, for instance, what an algorithm is on a stage, but I am still searching for the best way to do it.

Another essential point is that Computer science is becoming a fundamental subject in schools, which will help to change the relationship between technologies and their users. New generations already have a different approach to technologies, compared to us. The problem will be in having trained and competent teachers in this new subject matter.

With every year, the significance of digital technology is growing steadily. What are your prospects for the future of your research field?

I think my research field is entering a very fruitful period. The massive growth of digital technology, often driven by black-box models, needs more and more rigorous verification techniques.  This was also the main motivation explained by the jury for giving the Hedy Lamar prize to me. Further evidence of higher request for verification techniques in the new technologies is that big companies, like Amazon and Google, are offering positions for applied scientists with experience in developing and using formal verification tools.

A big thank you to Laura Nenzi for taking time to talk to us, TEDXVienna wishes all the best for future projects! 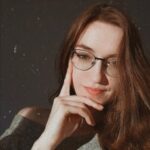 Leen is a speech therapy student in Vienna who holds a degree in English language and linguistics. She firmly believes in social change, extraterrestrials, and the use of the Oxford comma.

‘Sharenting’ and Children’s Privacy Rights: An Interview with Stacey Steinberg at TEDxVienna UNTOLD

The First Publicly Traded Human: An Interview with Mike Merrill at TEDxVienna UNTOLD