Joe Hanson, the creator, and host of It’s Okay To Be Smart, an award-winning science education YouTube show from PBS Digital Studios that celebrates curiosity and the pleasure of finding things out. We had a chance to speak with him after his talk at our tenth-anniversary conference, About Time.

In an interview with Scientific American, you talked about how you choose what to make videos on. You said your only rule is that it has to make you say “wow” while researching it. Hundreds of videos later, have the things that make you say “wow” changed?

J.H.: You’re definitely right. I don’t have a much more complicated system than that. You know, I ask people to come with me and learn something. It’s not that I’m going to tell you a thing, or that I’m going to explain to you a thing, it’s let’s go learn it together. Even if I already know it, I want that video to be that experience. So if I don’t have that moment when I’m researching it or learning about it, then I can’t make that moment for other people. And that’s what you really need them to feel. They need to lean forward and go “Huh? That’s amazing”. So, yeah, that’s still the moment to go for.

Have the things changed? I don’t think so, because everything makes me say that, it’s just the way my brain works. I keep surprising myself with the things that I’m interested in. I’m always open to what might be interesting. It hasn’t changed because it’s still everything.

After arriving in Vienna, you made a post on Instagram about Mr. Belvedere, from the Owens family, with the hashtag “#80reference”. Besides that TV show, I’m curious about your take on other media during that time. As a science communicator and educational storyteller, how do you feel science communication has changed in the last 40 years?

J.H.: There’s a lot more of it, which is great. If you went back to the 1980s and said that we’re going to reach a billion people with science in 2019, they’d be like “Yeah, right. How?”. The internet allows us to be truly global and accessible to anyone who has a phone. Science is unbelievably more popular than it was when I was a kid.

How important do you think the role of a scientific communicator is in today’s society?

J.H.: Essential. There’s so much dang science happening. No sane human being can keep up. It’s great for how much we’re advancing what we know all the time. But we need guides to help, to bring science to people and to bring the people to science. Science communicators are important, but that’s just one kind of science communication. For example, the people who do the research need to explain why it’s important for them to get funding and why what they’re doing is important to the world. Those researchers should also be able to face any potential criticisms for their work and have a conversation with people about it. To allow that conversation to happen you need researchers doing a different kind of science communication, which is just as important. And then you have what teachers do in classrooms. What they do in classrooms is totally different. A true art form. They’re the true heroes of the world, people that do that. I’m always very careful about calling myself a teacher. Maybe I’m just like a learning helper. I never want to pretend that YouTube is a replacement for teaching. Hopefully, it works alongside it.

In another interview in 2013, you said you always got messages from people saying they didn’t know anyone who was into science, and that it felt weird for themselves to be into it. Did you also sense this in people before starting your blog and is that why you named it and your subsequent YouTube channel It’s Okay to be Smart?

J.H.: It’s Okay to be Smart is a weird name for a YouTube channel and it goes back to when I had a blog. The name started as just this motto. I didn’t have a name for the blog, so I put it up there because I just wanted there to be a quote on the top. And people started calling it that. I thought, okay, I guess that’s the name now. And then I thought about what it meant, why I wanted to put that there. And it is to remind people that because of things like the internet that let us form these huge communities, where anyone, anywhere, no matter what kind of support they may or may not have in their own life, can see people like them that are interested in the things that they’re interested in. They can find that if they go online.

It’s now been 5 years since that interview, do you feel that people have a different view about being scientifically literate?

J.H.: Yes and no. I think that it has gotten better in that people who work in science, are more visible. We have celebrities that are known for their research. That’s great. But there are also all these young people who are meeting the world for the first time who don’t know who they are yet. Who are just learning what they like and are just learning how that fits in the whole world. So they need the ideas, they need to know what’s true, they need to be taught and supported. I get messages from people who are in countries where they don’t have good educational systems or who are chasing down this kind of knowledge which is sometimes actively fought against. Having it online and seen in places where they’re making a real difference in people’s lives – that’s really, really special.

A recurring theme on your channel is the topic of climate change. You’ve had videos with Al Gore and even one where you explained why our brains aren’t best suited to react to climate change. What’s your current view on how our society is facing this challenge today?

J.H.: You mentioned the video about psychology, and I think about that a lot because you have to know as much as you can about how people think and why they think the way that they do before you can hope to reach them with something difficult. It’s like giving someone a really painful dose of medicine. Climate change is never fun. So you have to understand why people think the way they do it. What I’ve learned is that the human brain is its own worst enemy sometimes. We evolved that way to focus on nearby things: our family, our group around us, putting food in our bellies. We spent a long time evolving to become the animal that we are today. So a century and a half of burning fossil fuels is only a couple of human lifetimes.

You can’t change the way that we evolved to deal with these difficult challenges from an evolutionary perspective in that amount of time. So asking the mind to do something that is not a natural tendency, like the entire idea of science of taking a new idea and replacing your old one voluntarily, is not something that we originally evolved to do.

We have all these tricks and tendencies and biases that we have to overcome actively, and that takes work. What we end up doing is making something be very far away. Far away in our minds, far away physically, we all look at these nice safe cities where we don’t have to deal with climate change on our doorstep. There are a lot of people out there in the world for whom it’s literally at their doorstep. With climate change videos, we’re seeing it more. It’s bringing it closer. You can’t look away if you pay attention. You can’t avoid it. If you choose not to avoid, you can’t help but care. That is changing. Eight years ago, the idea that the candidates for the president of the United States would be talking about a carbon tax would have been laughable. But now, people are signing on to the Green New Deal like it’s expected of them.

The energy is building. The generations that are going to have to deal with this stuff are speaking out. The question is, what do we do with this energy? We don’t know yet. We just don’t know. But the energy is there. 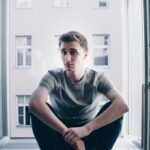 Radu studied film & computing, works in EdTech as a content creator, and reads nonfiction books in his spare time.