In terms of price and efficiency, condoms are the leading product when it comes to contraception. In spite of their advantages, usage statistics still need to improve to match the current rate of infections. Among men they seem particularly unpopular – main reason: decreased sexual pleasure.

“Condoms have not changed since 1901, before the Wright Brothers. They’re still a rolled latex condom. That model is outdated – and it needs to change,” says product designer Danny Resnic, who has been trying to “reinvent the wheel” since the 1990s. The result of many years of research is a product that, in his words, could “reshape the future landscape of the old rolled condom industry on a global scale.”

By applying an innovative foldable design, Resnic solves two major issues of the conventional condom: usability – it goes on in less than a second – and feeling. Instead of creating a barrier, the structure not just imitates, but even intensifies the real motion experience. Furthermore, the origami-like invention is made up of silicone to imitate the most realistic skin experience.

Resnics invention stands in line with a wave of others, who surfaced last year to face a Grand Challenge by the Bill and Melinda Gates Foundation calling for “a next-generation condom that significantly preserves or enhances pleasure.”.

By moving the user experience into the limelight of the design process, Resnic turns the condom from a “necessity” to a “desirable product”. It seems evident, that this type of innovation can contribute positively to our society by creating change.

The decisive factor in this process is open-mindedness. Even if a concept has been around for a long time and may haven proven to be succesful in the past, one should never stop looking for a more efficent and modern approach. By doing so, designers like Resnic and his peers are finding ways to shape and change the future by looking ahead, rather than into the past.

Rethinking a problem and starting from scratch usually requires people to take off their blinders and broaden their horizon. The way we interact with new products is often influenced by how it is designed. One clever idea might kickstart an innovational process and turn into an engine for sustainable change.

“When we need to make complex choice, us humans like simple solutions.” Leyla Acaroglu describes herself as a change-centric designer. Speaking at TED2013 she slipped into her self-claimed role as sustainabilty provocateur, unravelled myths and called out for a change of attitude and approach.

Acaroglu understood the potential of applying her own skills for the benefit of our society and thrives to communicate her ideology about “discovering sustainability through design” in her book Good Design Guide.

An organisation that complements Acaroglus work is D-Rev, short for Design Revolution. Rather than being user-centric or user-focused, they describe themselves as being user-obsessed. “Despite having advanced technology, we’re not reaching the people who need it most,” Krista Donaldson explains.

D-Rev is tackling this issue with a strategy that has become their trademark – designing products intended to be affordable to even the poorest members of society – and are very succesful at doing so. Remotion, a prosthetic knee with a retail price of $80 US-Dollars, amazed the audience when it was presented by Donaldson at TEDWomen at the end of last year.

The motivation and drive to improve the world has given birth to the visions of many sustainable and change-centered designers. Standing among them, Danny Resnic’s fight against HIV/AIDS can still be considered inspirational for another reason. Putting his creative skills aside, there is also an emotional component to his invention.

It was a life-changing moment for Danny Resnic when he was infected with HIV in the 1990s due to a broken condom. It was back then when he decided to take matters into is own hands and started the out on his path that has lead him to be a speaker at TEDxAmRing. Looking back, he says: “It inspired me to create innovation – and create change.”

Over twenty years later, it seems like Resnic may have finally managed to achieve his goal by turning his vision into reality. His story is worth being heard by anyone who is longing to be inspired – and experience change. Make sure to get hold of your tickets for the event at Hofburg on the 30th of May. 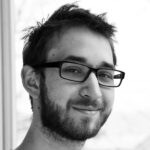 The Invisible: An Interview with Basse Stittgen at TedxVienna UNTOLD

Our Conflicted Relationship with Light